Our Location is One of Our Best Features

At Parke, we understand how important location is in providing cost effective third party logistics. That’s why our location in Decatur, Illinois, is one of our best features and such a benefit to our customers. WIth transportation connections to other major regions throughout the Midwest, Decatur is also home to the Midwest Inland Port, allowing us to successfully manage a variety of distribution, warehousing, and fulfillment needs. 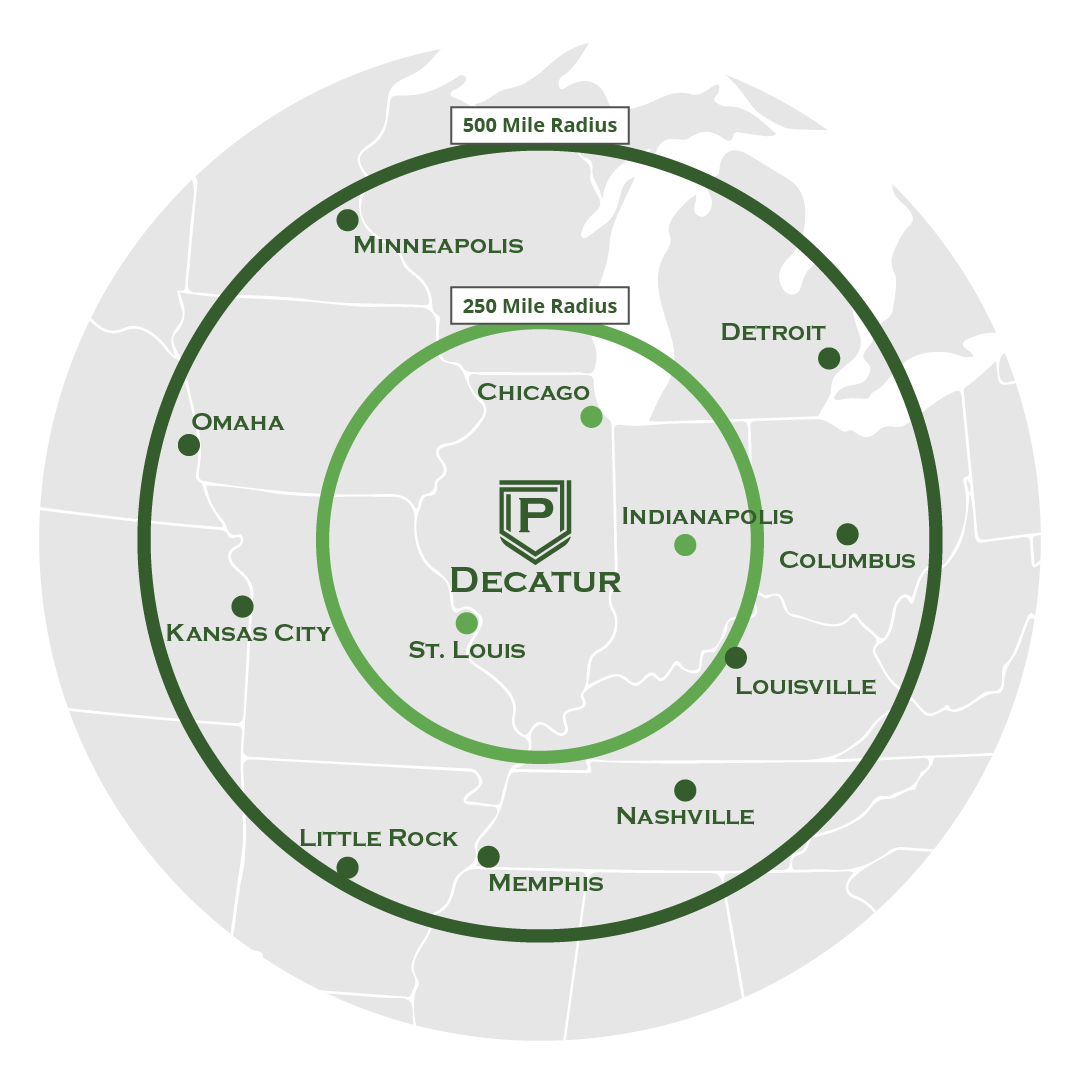 Parke’s home base in one of the U.S.’s largest agri-business centers is served by 3 Class I railroads and all major LTL and truckload motor carriers. The Norfolk and Southern system maintains a full intermodal facility in Decatur which can save thousands of dollars importing and exporting freight. The Canadian National travels directly through Decatur from Canada to the Gulf. For e-commerce parcels, UPS and FedEx have daily service.

While lying outside of the congestion of Chicago, St. Louis, and Indianapolis, Parke’s same-day service capabilities include those markets as well as other major population and industrial centers including Milwaukee, Detroit, Columbus, Dayton, Cincinnati, Memphis, Kansas City, and Minneapolis.

The report ranked 399 MSAs and Metropolitan Divisions throughout the nation on a per capita basis across 16 key indicators designed to measure economic growth over one and five-year spans. According to Area Development, these results do not rank who is the ‘best’ versus other MSAs in their category, but which MSAs are experiencing the greatest statistical growth over the last five years.