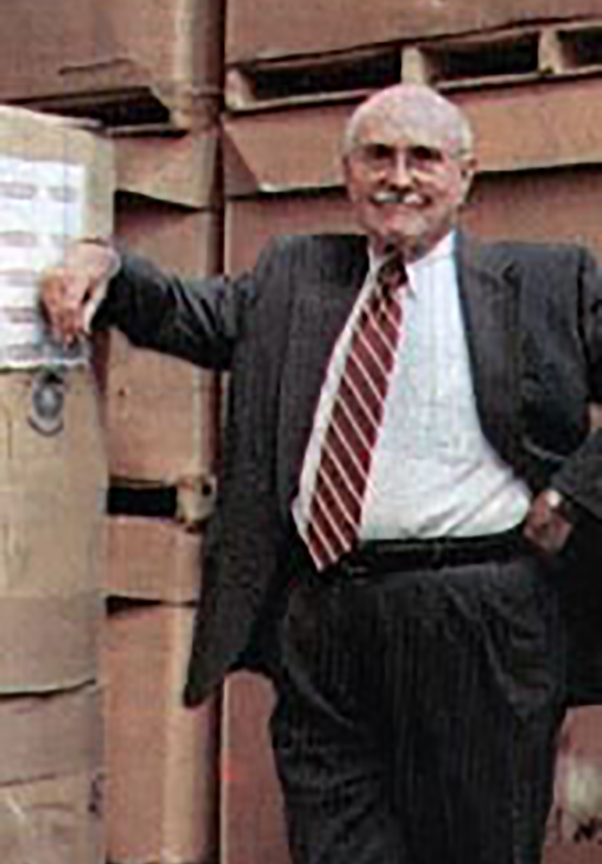 David Stoddard served Parke Warehouse for more than 60 years and became the iconic figure of the business. Initially assuming the role of General Manager after being recruited away from Eastern Airlines by William Parke, David eventually became President, and then Chairman and Owner of Parke & Son, Inc. He had tremendous respect and appreciation for the many men and women who have and continue to work for the company.

Through his leadership, David became a pillar of the community, known for his generosity to organizations that supported the needs of disadvantaged residents. His kindness, compassion, and sense of humor were hallmarks of his personality. Everyone who met David was better for the experience. David passed in December of 2008. But, his spirit of continuing the success of Parke lives on today. 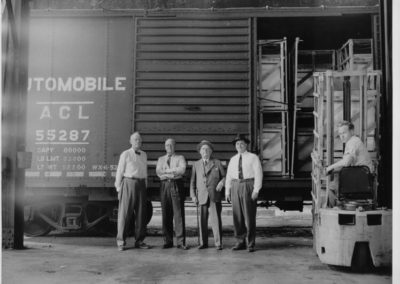 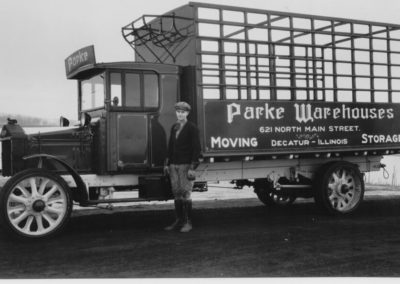 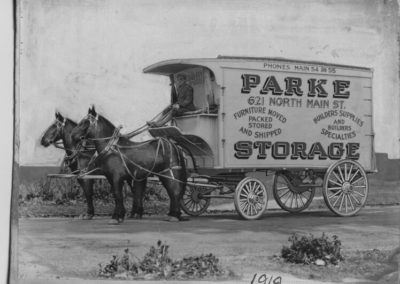 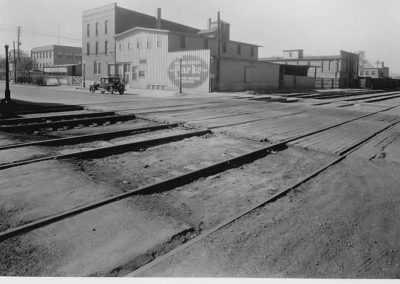 Virgil Parke sells his livery business and starts a farm implement company with his son, Guy Parke. During this time, the Parke & Son duo began to operate storage rooms for household goods, thus entering the warehousing industry as the first storage warehouse business in Decatur, Illinois.

Guy Parke is taken into partnership with his father, marking the first time the business was known as Parke & Son, Incorporated.

Virgil Parke retires from the business after more than fifty years after his opportune start in the livery trade.

David A. Stoddard, longtime friend of Bill Parke, is brought into the business as secretary and assistant treasurer, thus beginning the Stoddard family legacy that continues today.

Charles “Chuck” Stewart joins the company and is instrumental in growing Parke & Son, Inc., with such relationships as U.S. Pipe, Maytag, PPG, Caterpillar and Firestone.

Richard “Dick” Stoddard, David’s son, starts at Parke managing many of the operations alongside Chuck Stewart. The two are instrumental in developing relationships with agri-business giants A.E. Staley and Archer Daniels Midland Company (ADM), transitioning the business into food-grade warehousing.

The passing of William Parke leaves David and Ruth Stoddard with controlling interest in the company.

Bruce Stoddard, David’s youngest son, enters the family business in 1996 partnering with his brother Richard to expand the warehousing and toll-processing business with new food-grade facilities.

Moving into the 21st Century

In 2012, the Stoddard family legacy continued with the addition of Gavin Stoddard, Dick’s son, as Controller. He became CEO in 2018. In 2015, David Matalonis, grandson-in-law to David, joined Parke as Operations Manager and became Executive Vice President in 2018. Together, they are moving Parke into the 21st Century while maintaining the tradition of family ownership.